Yesterday evening I went to the movies to see Where the Wild Things Are, by Spike Jonze.

I liked it a lot and it also got me thinking on the ways I used to escape reality as a child and how  my childhood angst got to me. I was never one to create wonderfully imaginative worlds to seek refuge in nor did I have any creative hobbies to express my emotions through.

The way I evaded my uncomfortable child life was through living very close to the adult world. I kept a lot of what I saw or heard in my mind, never sharing it with anyone, not even those same grown-ups I so often found myself around.  I was a very shy kid since I felt so stifled by everyone. All those adult conversations, opinions, perspectives and all types of relationship meanders have fed my brain with words that only years later could be freed. They were very likely the source of my lexical creativity. 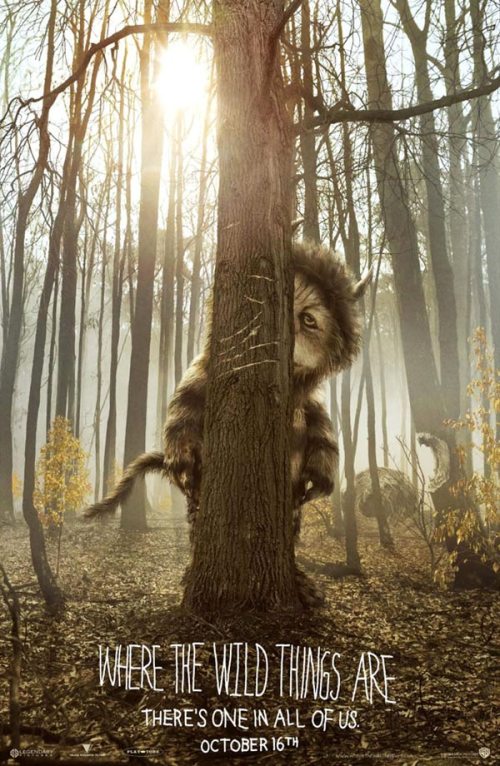 the will to escape reality isn't scary anymore

The general feeling I got from the movie was a sense of relief for not being a child anymore. Enough is enough.

Tagged Film, review, Spike Jonze, Where the Wild Things Are

Independent movies usually have what it takes to convey ideas without much interference from the market. They are also great ways to give a new actor or director a chance to express their views and show the world their work.

For 9 years now, Belo Horizonte’s INDIE – World Film Festival has been a chance for movie-makers from all over the globe to screen their productions to an audience who is keen for it. Once again, from September 04th to the 10th, it’s independent movie time.

In their own words:

INDIE 2009 – World Film Festival is an annual event. This is the 9th edition dedicated to national and international independent features. In its last edition, the festival received more than 20.000 viewers. All festival screenings are free entrance. We are going to have venues in 5 different movie theatres around Belo Horizonte and a touring in São Paulo as well. Indie – World Film Festival has a hard work to form an audience for independent film in Brazil. In our recent history, we already brought more than 150.000 viewers among young students, adults and kids to see cultural films from all over the world. This is a non-profit event and we intend to have 20.000 people this year.

With the ease of sending large files through the internet, virtually anyone can submit their film to be shown at the festival. It is for free, for everyone.